As you probably know, Apple is one of those companies that show interest in the development of virtual reality technologies. Over the past few years, the guys from Cupertino have filed a number of patents related to all kinds of virtual reality gear. Apple is an inventor of the 3-D viewing headset similar to the Oculus Rift, moreover, it possesses other technical documentation required for creation of virtual reality devices. But why haven't we seen any gadget from Apple so far? Let's find out. 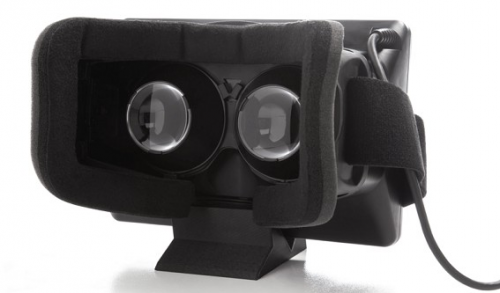 It looks as if Apple lacks specialist capable of creating 3-D software and apps. According to the latest job listing, which can be found on Apple's official website, the guys from Cupertino are currently looking for a software engineer to create virtual reality software and integrate it into Apple's hardware. Here's the job posting itself, take a look:

We are looking for a software engineer to develop UI and applications to create next generation software experiences. The individual must be able to participate in collaborative and iterative UI design through the implementation phases & complete performant user experience code for product delivery. This engineer will create high performance apps that integrate with Virtual Reality systems for prototyping and user testing.

Apple's rivals from Google and other companies have already begun the development of their concepts of virtual reality hardware and software. Google, for example, is currently working on its "Project Tango", so looks like Apple has to hurry up to catch up with other companies.