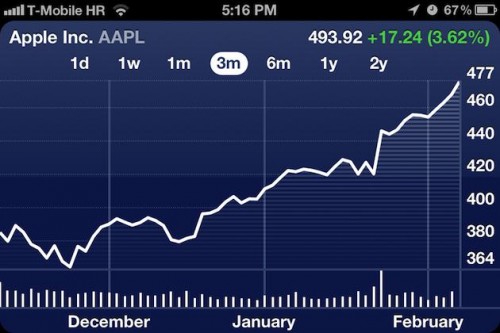 Yesterday AAPL briefly passed a record $460 billion market cap with new historical stock price high at $493.97 a share. Apple is the most expensive company, the second one is Exxon Mobil Corporation [XOM] with market valuation of $402.72 billion.

Both Needham and Canaccord raised their price target for Apple shares to $620 and $650, respectively, maintaining a Buy rating on the stock. At the current market cap, Apple weighs more than 10 percent of NASDAQ and has 52 times Research In Motion’s [RIMM] valuation of just $8.45 billion.