We’ve gotten some evidences proving that Apple originally planned to include HDR support for the iPhone 3GS, but dropped it. Just look at this picture, found in the iOS SDK: 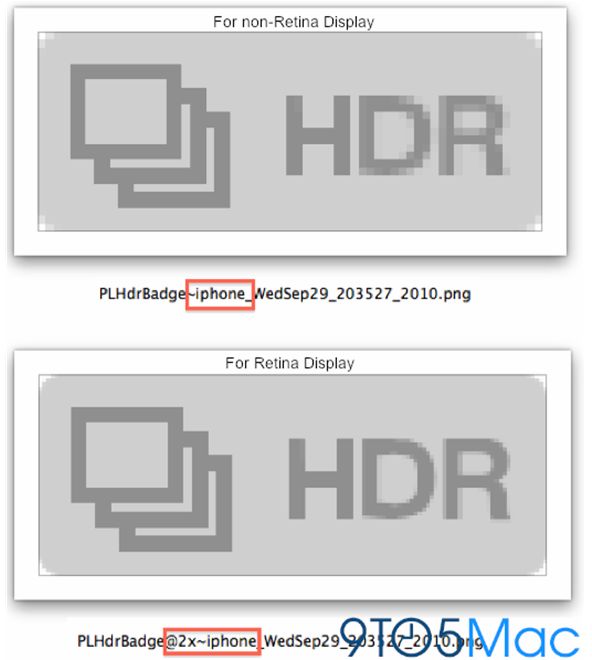 You may see that Apple has included an HDR icon for both the Retina display optimized handsets as well as non-Retina ones. Obviously, these two images are icons of two different iPhones: the iPhone 4 (with Retina display), and the iPhone 3GS or 3G (non-Retina display). But the 3G model is older and slower than the 3GS, so plans to add HDR photography for the iPhone 3GS seem more likely. Moreover, even now Apple could easily include HDR to the iPhone 3G. All is needed is just a software update. But Apple has other plans.