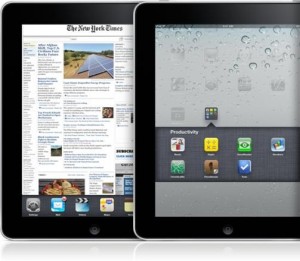 A new rumor about release of the next-generation iPad hit the web. The rumor claims that Apple is going to announce the new device during a special event which will be held to introduce in-app subscriptions with iOS 4.3 next week. MacNotes.de reported yesterday that the second-generation iPad could be presented as the famous "one more thing" at the end of the event. Moreover, one more thing proving that suggestion is that the iOS 4.3 is currently being tested with developers and has reached the beta 3 status, which may lead to a release of a GM seed next week. Rumors of Apple's second-generation iPad have spread up in recent weeks, as Apple approaches the one-year mark since the device was launched in April 2010.