Apple iOS 7 Beta 4 is finally released and available for developers. It’s been three weeks since the company from Cupertino unveiled the previous - third - version of its new mobile operating system. Such a long delay is caused by the recent hacker attack on Developer Center. 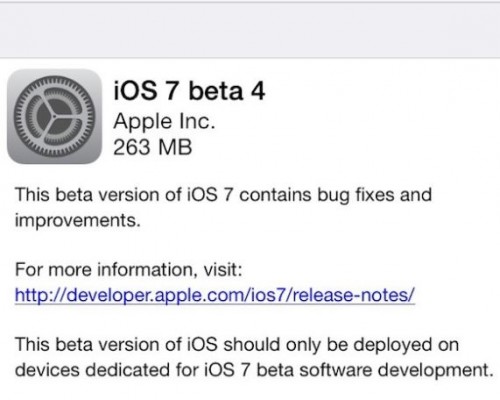 If you have an Apple Developer account, you can download this Beta on your iPhone, iPad or iPod touch.