Apple has released the first beta of iOS 10.3 with several new features to developers. The update a new file system to the firmware and includes other noticeable changes. 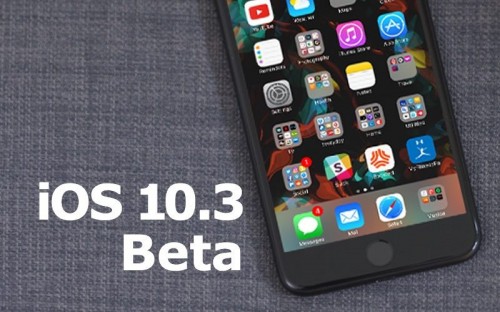 iOS 10.3 Beta 1 is the first version of firmware that utilizes the new Apple File System (APFS). The latest build also adds support for Find My AirPods feature, several new Apple ID settings, improvements in iCloud, HomeKit, CarPlay, Maps, and SiriKit. There are also several enhancements specifically for developers as well as a new small floating iPad keyboard for one-handed use.

If you have a developer account and a compatible iPhone, iPad, or iPod touch, you can download the first beta of iOS 10.3 right now. Don’t forget to back up your device first as the firmware may be unstable and crash on your device.

Apple on Monday released iOS 10.2.1 to users worldwide. Update your device if you haven’t already.