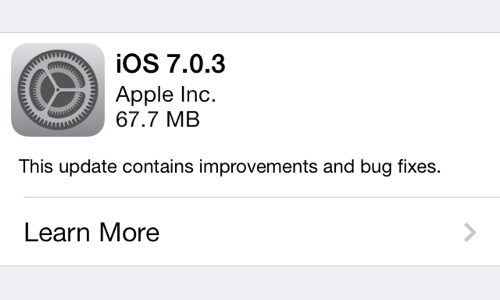 According to the company from Cupertino, the list of tweaks and improvements looks as follows: