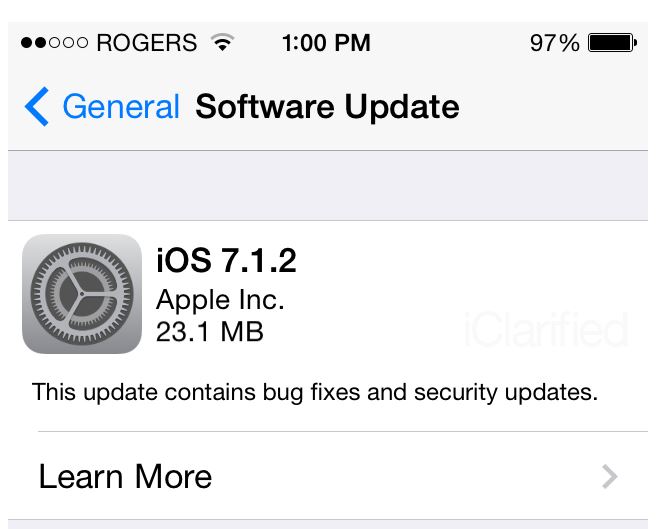 According to what hackers write, the Pangu jailbreak hasn't yet been patched in this iOS version, which means that it is safe to update even if you have a jailbroken device.

As to the new features, they include improvements to iBeacon technology and fixes for Mail app bugs and the issue influencing data transfer via third-party accessories.

This update contains bug fixes and security updates, including:

Those who have a compatible iOS device can upgrade to iOS 7.1.2 right now. The update is available via Software Update menu.