Apple has just released iOS 7 beta 3 to developers. It contains a number of improvements that deal mostly with the design of the operating system. At the same time, many users report that this beta is full of various bugs, so be sure you backed up all the important data from your phone or tablet. 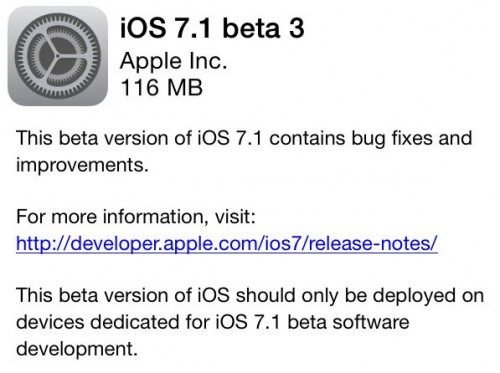 As to the tweaks and enhancements, here are the most important (via ):

Well, you’ve probably noticed everything yourself, but I should say this anyway - Apple’s iOS 7 has started to look pretty much like Android.