Apple has released the sixth beta of iOS 10.3.3 to developers and public beta testers. The update contains a number of bug fixes as well as security, stability, and performance improvements. 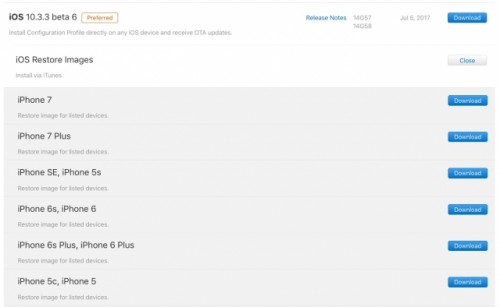 If you have a developer or a public beta tester account, you can download and test the latest iOS 10.3.3 beta right now. Before installing a new firmware version on your compatible iPhone or iPad, make sure you create a backup copy of all important files.

iOS 10.3.3 is probably the latest update before the release of redesigned and enhanced iOS 11 this fall. It is likely the latest version that is compatible with the iPhone 5 and other older iOS devices.