As you already know, Apple’s annual Worldwide Developers Conference will take place June 13 to June 17. Several days before the event, Apple has released an updated iPhone and iPad WWDC app as well as a brand new application for the fourth-generation Apple TV. These apps can be used to get the up-to-date information about the event and are compatible with iOS and tvOS, so if you have a device running one of these two operating systems, you can download app from the App Store and install it right now. 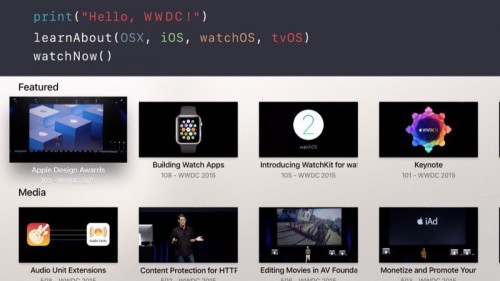 At this year’s WWDC, Apple is expected to announce the next generation of its mobile operating system, iOS 10, OS X 10.12 codenamed “Fuji” with Siri integration and a number of other noticeable changes and possibly the updated versions of watchOS and tvOS.

Stay tuned for more updates about WWDC 2016 as we will be making a coverage of the event highlighting major announcements and rumors.