Along with the new 9.7-inch iPad with the A9 processor, brighter Retina display, and lower price tag, Apple has today announced the (PRODUCT)RED iPhone 7 and iPhone 7 Plus. The company has also doubled the storage capacity of the 4-inch iPhone SE. As of today, the device has 32GB and 128GB of storage on top of 16GB and 64GB of storage it had previously. One can purchase the updated smartphone for $399. 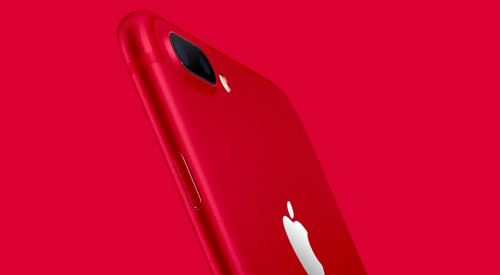 The (PRODUCT)RED iPhone 7 and iPhone 7 Plus have either 128GB or 256GB of storage and will be sold in limited quantities. Internally, these are the same devices that were released last year – it is only the color that is different.

Apple will start selling the updated iPhones on March 24. Both (PRODUCT)RED iPhone 7 and iPhone 7 Plus will be available for purchase via Apple’s official website, Apple Stores, resellers, and select carriers. The prices start at $749.

The (PRODUCT)RED campaign allows the customers to donate money that are used to fight AIDS. Apple started taking part in the campaign 10 years ago and new iPhones commemorate this date.

New iPhones and the 9.7-inch iPad have been announced without the media event. Apple has released several press releases dedicated to these devices. You can take a look at these documents at Apple’s .