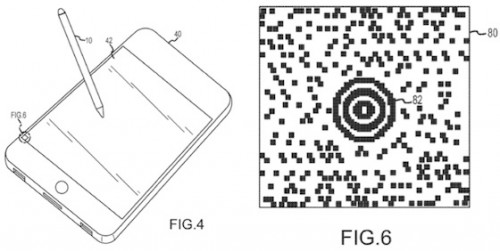 Back in 2007, then the first-generation iPhone was launched, Steve Jobs offered an idea of a stylus for the iPhone. And it seems that Apple is still researching his ideas for stylus-based input. Unwired View has recently posted Apple patent applications filed in late 2010, highlighting optical and haptic stylus concepts. However, there is no evidence that Apple is seriously looking at incorporating a stylus into its products, but it remains clear that the company is thinking about how such pen-based input could be used in novel ways.

Apple's optical stylus is based on a tiny camera on the tip of the pen, allowing it to track patterns on a device's screen that is invisible to the user's eye. 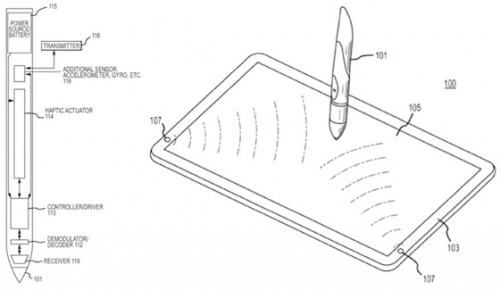 Apple could also build in other sensors into a pen, such as haptic sensor to provide haptic feedback, allowing users to gain a tactile feel for the content on a device's screen via a stylus.

Generally, input devices do not provide haptic feedback to a user in response to interactions with the input device. The user can typically only feel the rigid surface of the touch screen, making it difficult to find icons, hyperlinks, text boxes, or other user-selectable input elements on the display. An input device capable of generating haptic feedback may help a user navigate content displayed on the display screen, and may further serve to enhance the content of various applications by creating a more appealing and realistic user interface. "Haptic feedback" may be any tactile feedback. Examples include forces, vibrations, and/or motions that may be sensed by the user.