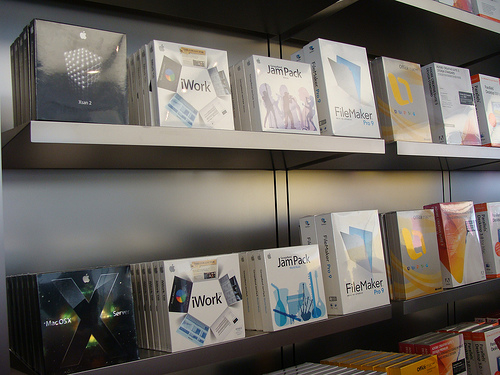 MacRumors has reported that Apple is planning to eliminate boxed software, which only takes up retail space that could be used for higher profit items such as iPad or iPhone accessories. Apple is going to distribute their software through the Mac App Store, strongly believing that the future of software sales will be digital distribution. But how Apple will deal with software which is not available through the Mac App Store? It's not clear now. Though, the idea of total elimination of boxed software also sounds unreal. Perhaps Apple will replace such software with USB software installers.  It may make more sense; nevertheless, such replacement doesn’t appear to be quick.