Apple to Introduce New iPads in the Second Half of 2017

Apple will release new iPads only in the second quarter of 2017, DigiTimes reporters write. The 9.7-inch model will enter mass production in the first quarter, while the other two, namely, the 12.9-inch iPad Pro and the 10.5-inch iPad will start leaving assembly lines only in the second quarter. This means that it is quite unlikely that Apple will announce the tablets in spring, as it was reported earlier. 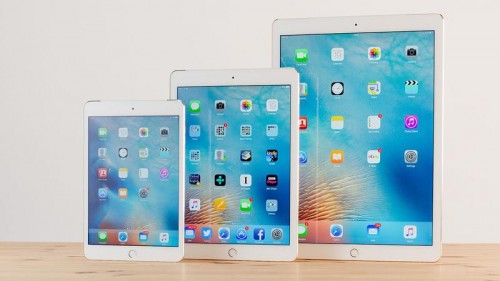 The company will diversify its supply chain a bit with the release of the 10.5-inch iPad. Instead of the firm called Nichia, Seoul Semiconductor will supply LEDs for the device. The same may happen with other manufacturing partners and the components they produce.

DigiTimes reporters believe that the 12.9-inch iPad Pro and new 10.5-inch tablet will feature A10X processors, while the 9.7-inch gadget may get an older less powerful chip.

Previously, rumors suggested that Apple was planning an iPad event for this spring. Looks like the plans have been changed.