According to the rumors shared by Chinese insiders, Apple is currently working on the second-generation Apple Pencil that can magnetically attach to the iPad. The device may also get a special clip to carry it in the pocket of a shirt. The patent describing the new device was granted last year, so it’s high time the company unveiled a new Apple Pencil. Other features remain unknown. 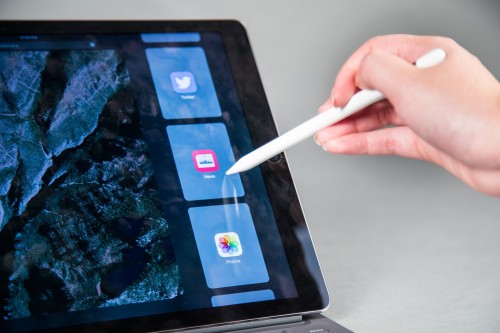 Chinese sources claim Apple will unveil the updated Apple Pencil alongside new iPads this spring, however, a more recent rumor suggests that the release of the new tablets may be delayed. The same thing will most likely happen to the Apple Pencil.

According to information from suppliers in China, Apple is planning to unveil the Apple Pencil 2 at a press event this spring which will also see the launch of new iPads. The Apple Pencil will also allegedly feature a clip that lets it attach to your shirt pocket.

Stay tuned for more rumors about new iPads and the Apple Pencil 2.