According to the latest report from people familiar with the matter, Apple is planning to launch a 21.5-inch iMac with Retina display as soon as next week. The updated lineup of devices may hit the store shelves on October, 13th, however, the first batch is said to be limited due to unknown manufacturing difficulties. The same sources claim that Apple will not update the lineup of 27-inch iMacs this year. 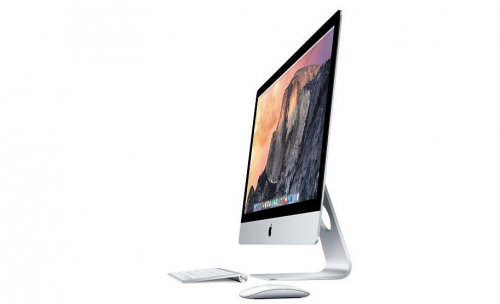 The new 21.5-inch Retina iMac will get a resolution of 4096 x 2304 pixels, a Broadwell processor and the updated Intel or AMD graphics. Alongside this computer, Apple may launch new accessories, namely, the next-generation wireless keyboard and a new Magic Mouse.

As has been previously rumored, the 21.5-inch iMac will have a resolution of 4096 x 2304. Code discovered in OS X El Capitan has pointed towards Broadwell chips with Intel Iris Pro Graphics 6200 and AMD Radeon M380 - M395X discrete graphics for the new iMacs.

As to the 12.9-inch iPad Pro, it may hit the store shelves in November. Apple is currently working hard to produce enough tablets to catch up with the demand.