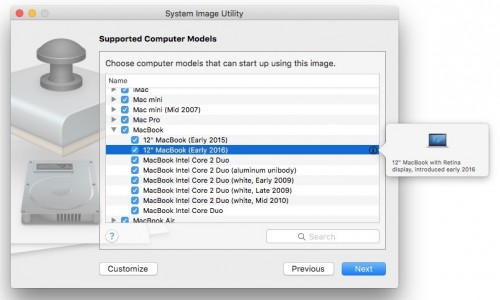 Evidence of the 2016 12-inch MacBook is seen within Apple’s own System Image Utility on the Mac, which is where the reference was discovered, and the OS X Server application available in the Mac App Store.

Yesterday, we reported about Apple’s plans to release new 13 and 15-inch MacBooks in July. Looks like together with these devices the company will also unveil the smaller portable model.

The 12-inch form factor was introduced last year with the original MacBook. Some insiders claim that thinner MacBooks will soon replace the MacBook Air lineup.