Apple's Testing a 13-inch iPad and a Larger iPhone?

According to the latest rumours, Apple is currently testing larger screens for iPhone and iPad. The Wall Street Journal claims the company from Cupertino ordered several prototypes from its Asian suppliers several months ago. 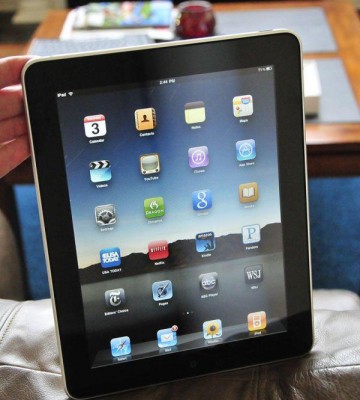 These prototypes are said to have a screen size of a bit more than 4 inches and 13 inches. Here’s what Lorraine Luk of the Wall Street Journal writes:

In recent months, Apple has asked for prototype smartphone screens larger than 4 inches and has also asked for screen designs for a new tablet device measuring slightly less than 13 inches diagonally, they said. The current iPhone 5 has a four-inch screen, while the iPad has a 9.7-inch screen. The iPad Mini, a stripped-down version of its tablet computer, has a 7.9-inch screen.

However, neither new iPhone, nor iPad would be released until the next year. So, as I always say in such cases - let’s wait.