Augmented Reality SDK From Qualcomm Is Now Available For iOS 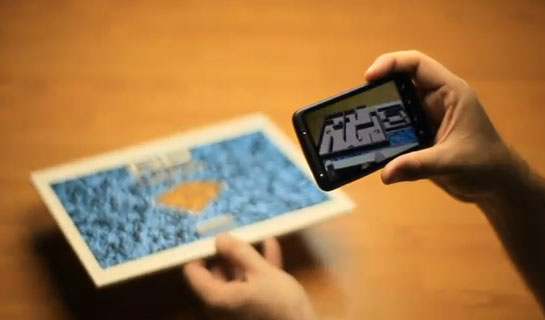 TechCrunch recently  that Qualcomm not long ago had launched Augmented Reality Software Development Kit (SDK) for Apple’s iOS. Original SDK was available only for Android, but Qualcomm had announced that version for iOS would be released in July. The SDK is designed to facilitate integration of virtual content and real content such as images taken with cameras on many handheld devices.

There is nothing new about augmented reality applications for iOS, because Apple presented support for this technology in iPhone OS 3.1 about two years ago and many applications such as Word Lens and Layar Reality Browser work with it too, but Qualcomm’s tools is designed to make cross-platform adoption much easier which could attract developers’ interest.

The first version of the SDK for iOS is reported to work with iPad 2, iPhone 4 and iPod Touch 4.

Last year Qualcomm organized an Augmented Reality Application Developer Challenge in order to promote its SDK. The winner of that contest is showed on the video below.