Bug Found in Apple Watch 3 Just Before the Release

Apple Watch 3 is experiencing issues connecting to LTE, discovered on pre-production models. The bug makes Apple Watch disconnect from cellular and connect to a Wi-Fi network. Even an unauthenticated Wi-Fi that a user hasn't connected to earlier can disconnect Apple Watch from LTE. 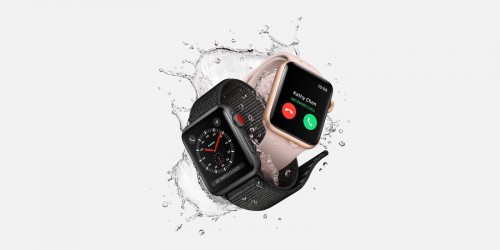 In The Verge review, it was noted that Apple Watch Series 3 had problems connecting to LTE. Instead, it was trying to connect to unknown Wi-Fi networks when iPhone wasn’t near. The problem was found in a review item which Apple have replaced with another one. However, the replacement watch had the same issue.

Apple claims this is because of a bug and the company is investigating the issue:

We have discovered that when Apple Watch Series 3 joins unauthenticated Wi-Fi networks without connectivity, it may at times prevent the watch from using cellular. We are investigating a fix for a future software release.