New photo showing what appears to be the iPhone SE back panel has recently appeared on the Internet. Posted by Slashleaks, the image depicts parts made of Ion-X glass. The components are designed for the device codenamed “N79”, which is most likely the small iPhone SE. The date of the document leaked alongside the iPhone parts is April 20, 2017. 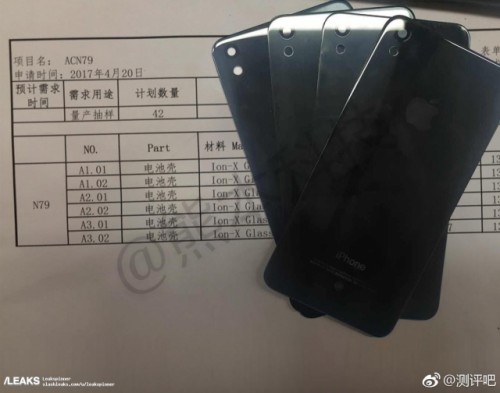 The image was first spotted on the Chinese social network Weibo, so we don’t know if it is fake or not. This is the first time we hear about the iPhone SE 2017 edition, but chances are, this is the device Apple will unveil at WWDC in June or along with the high-end iPhone 8 later this year.

While the poster has labelled the image as belonging to a new iPhone SE, Apple is also rumored to be unveiling a new iPhone 7s in September which would likely still feature a single lens rear camera and could potentially have a glass back.

What do you think about the leaked image? Leave your comments below this post.