Parts vendor SW-BOX.com has posted information on a claimed iPhone 5 SIM card tray that it obtained from one of its parts suppliers.

The tray appears essentially identical to the SIM card tray found in the iPhone 4S and 4, and if the part is indeed legitimate it suggests that Apple may retain a similar flat-edged form factor for the forthcoming device. Such a design would be opposed to a tapered or rounded-edge design that would likely require a somewhat curved exterior surface for the tray or at least a thinner tray profile as was seen in earlier iPhone models such as the 3G and 3GS.

As far as we know, Apple has recently pushing for its “nano-SIM” standard, but faced with its competitors that objected to the proposal and offered their own designs for a smaller next-generation SIM card. The smaller SIM-card is obviously won’t be ready in time to be implemented to the next-generation iPhone that is expected to be introduced later this year. Many observers are sure that the company once again will prefer the September-October timeframe for the launch. 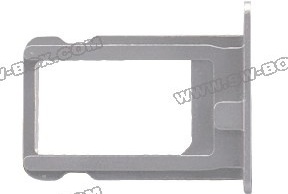