A new portion of the documents presented to the court by Apple as a part of the legal battle between Apple and Samsung show Samsung's proprietary home-screen icon designs are nearly identical to that of the iPhone's. As far as you know, Apple registered the most part of their icons as trademarks in 2010 that means that Apple accuses Samsung of another infringement of the iPhone-maker’s patents.

The collection of photos show Apple-designed icons for the iPhone's Settings, iTunes, Photos, Contacts, Phone and Notes apps, all of which bear striking resemblance to similar UI assets seen on Samsung smartphones. Of the Samsung handsets sampled, including the Captivate, Galaxy Ace and Galaxy S, each featured iconography which was almost identical to Apple's designs. The South Korean company employs a custom UI skin over Google's Android operating system, called TouchWiz, thus the icons are specific to Samsung devices. The latest version of TouchWiz, Nature UX, was recently released with the Galaxy S III handset. 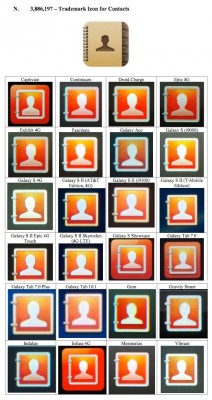 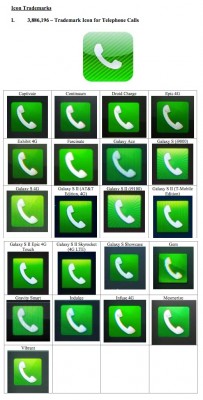 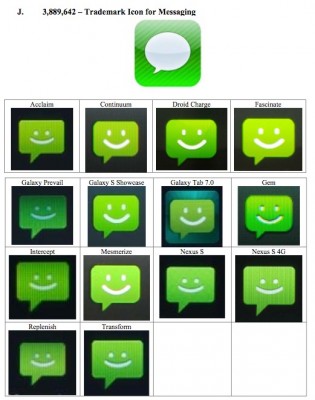 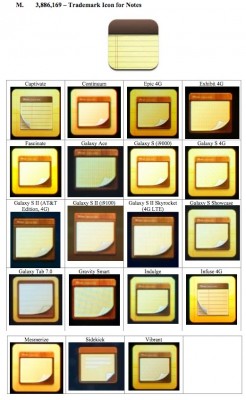