According to the latest report from the New York Post, Apple is currently in talks with such celebrities as Drake, Pharrell Williams and David Guetta concerning the possibility of becoming guest DJs for a completely revamped music service called iTunes Radio. The same report also states that the guys from Cupertino are still in negotiations with major labels about the upcoming Apple Music service, which is expected to be launched later this year. The reporters claim the guys from Cupertino will offer a three-month trial period and a regular fee of $10 per month for the new music service. 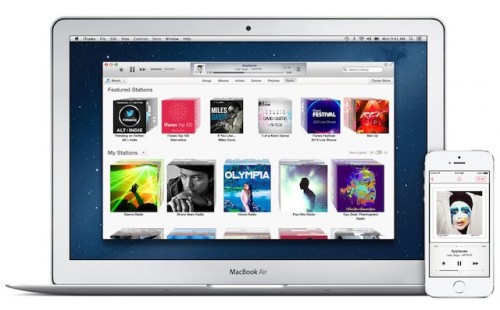 Apple Music will reportedly combine the best features of Pandora, Spotify and YouTube into one service, including streaming music and video, artist pages, a YouTube-style sharing section called Apple Connect and a refreshed version of iTunes Radio. Apple also wanted to offer lyrics as part of the service, but does not want to pay extra to record labels to offer the feature.

The new streaming music service will be officially announced at Apple’s annual Worldwide Developers Conference in June. Apart from this service, Apple may also show us the redesigned iOS 9 and a bunch of other interesting things.