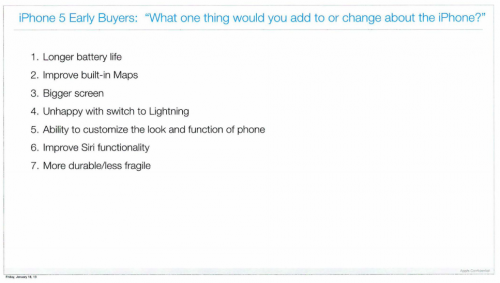 The guys from Cupertino asked early iPhone 5 customers "What one thing would you add to or change about the iPhone?" And here're the most popular answers (via ):

Looks like Apple learned the lesson and tried to take into account as many customers' suggestions as possible. That is why iPhone 6 is expected to get a 4.7-inch or 5.5-inch display, better battery and a bunch of other improvements.

Apple hasn't yet announced its next-gen handset, however, according to the latest rumors, the release will take place in the second half of this year. Let's wait.