Google: Apple Inventories That Are Commercially Essential Should Be Treated As Standards 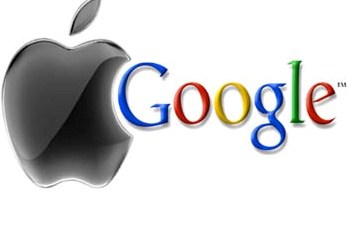 CEO of Apple Tim Cook has said that he think other companies should “invent their own stuff” instead of copying inventions created by Apple.

Kent Walker, General Counsel of Google disagrees, and this month send a letter to Judiciary Committee of US Senate saying that commercial inventions that influence “consumer welfare” should be treated the same way as technical patents.

Jong Paczkowski from All Things В Walkers’s arguments this way:

“In other words, Google’s view is that just as there are patents that are standard essential, there are also patents that are commercially essential — patents that cover features that are so popular as to have become ubiquitous. The latter are just as ripe for abuse as the former, and withholding them is just as harmful to consumers and the competitive marketplace”.

Apple disagree and its top lawyer Bruce Sewell send a letter to the Judiciary Committee arguing that simply because technology created by Apple becomes very popular with consumers doesn’t transform it into a standard technology that Apple has to license to its competitors. Apple possesses numerous patents relating to almost all technologies found in iOS devices.

“The capabilities of an iPhone are categorically different from a conventional phone, and result from Apple’s ability to bring its traditional innovation in computing to the mobile market. Using an iPhone to take photos, manage a home-finance spreadsheet, play video games, or run countless other applications has nothing to do with standardized protocols. Apple spent billions in research and development to create the iPhone, and third party software developers have spent billions more to develop applications that run on it”.

Although Tim Cook has stated that he hates legal arguments, once calling lawsuits “a pain in the ass”, he has also said that he will stoutly defend inventions created by Apple from copycats.