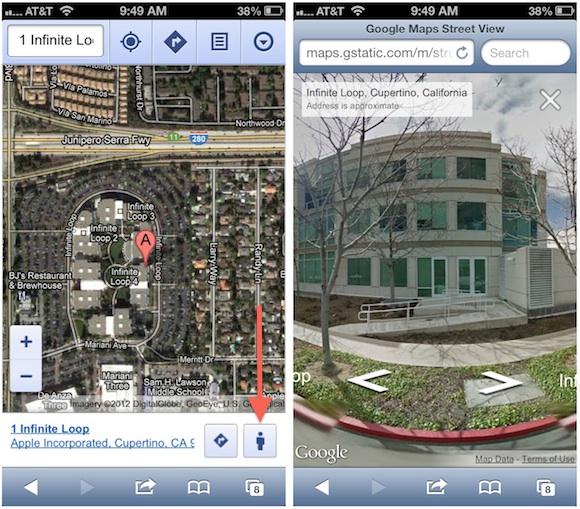 Today iPhoneinCanads.ca that Google added its Street View to the Google Maps web app that is available to users of mobile devices. With Apple’s shift to its own Maps app in the new iOS 6, users who still want to use Google Maps service have been able to do so via the maps.google.com web-based app, but that app has been missing several features compared with iOS app that was available on Apple’s mobile devices. The report said:

“Just load up the maps.google.com web app in mobile Safari, tap on a location and a new bottom bar emerges with an icon of a person. Tap that and voila–you have Street View, which opens up in a new tab displaying the URL maps.gstatic.com”.

To access the feature it seems that users have to allow the Google Maps web app to access their locations.

Reportedly Google is going to submit a standalone iOS maps app to the App Store and is hoping to have it ready in several more months.