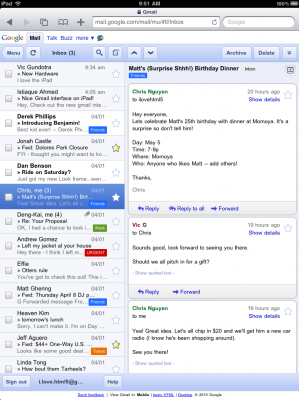 Yesterday Google has announced a new web UI for tablet devices like iPad and others. As you can see from the screenshot above some ideas were taken from Apple's Mail for iPad - the inbox is situated to the left of the screen and the messages appear on the right side.

It looks like in spite of a tensity that can be observed in the Apple-Google relationship the partnership between these companies is still pretty tight.