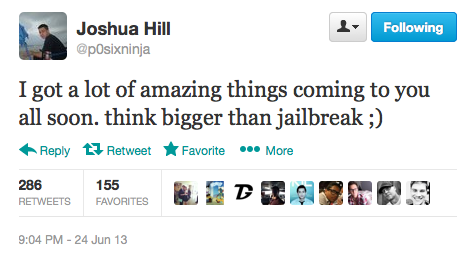 His new announcement hints at something better than a jailbreak which suggests that perhaps he has found a bootrom exploit. The last bootrom exploit was limera1n found by Geohot which supported the iPhone 4, iPhone 3GS, iPod Touch 4G, iPod Touch 3G, and iPad. The exploit made those devices permanently vulnerable to a tethered jailbreak.