Pod2g, the hacker who has been an integral part of the last few jailbreaks, has announced that he is 'about to switch to an Android device' after spending some time testing iOS 7.

After a few days of iOS 7 beta 1 testing, I must admit that I am about to switch to an Android device.

IMHO, this version of iOS is the worst move Apple did in a long time.

iOS 7 design is awful, it's slow, battery life time is the worst ever, it's full of UI bugs and crashes. OK it's beta 1, but still…

I am pretty disappointed by the features I've seen in iOS 7. No revolution here. No big news. Just kid painting.

This would be a terrible blow to the jailbreak community. Hopefully, he sticks around a bit longer and Apple addresses user concerns in its upcoming betas. 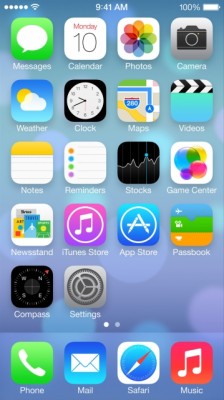