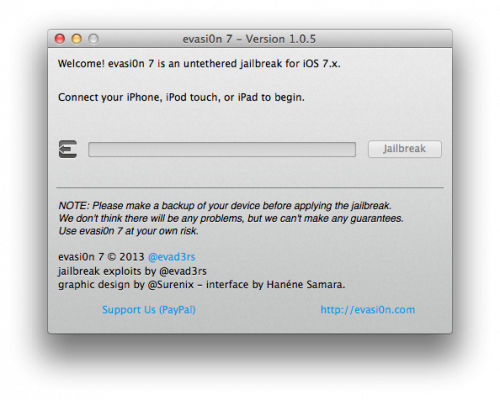 The evad3rs have released an updated evasi0n 7.0.5 that brings the ability to jailbreak iOS 7.0.5. The iOS 7.0.5 was released earlier this week for the some iPhone 5s and iPhone 5c models (the GSM + CDMA editions).

END_OF_DOCUMENT_TOKEN_TO_BE_REPLACED 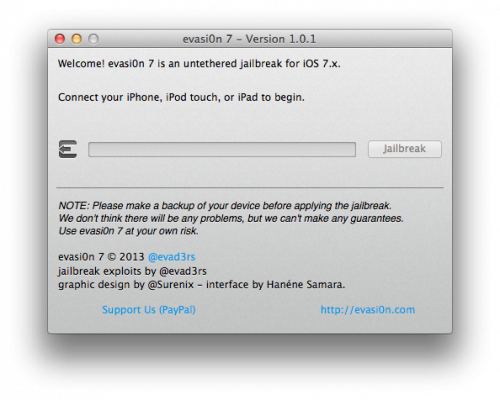 The evad3rs team released evasi0n7 1.0.1 with the removal of TaiG App Store from the installer. No word on any other changes in the 1.0.1 version of evasi0n7. You can download the new version here.

We have heard the community. Evasi0n 1.0.1 is available on http://evasi0n.com. TaiG has been removed from the package. Merry Christmas!

END_OF_DOCUMENT_TOKEN_TO_BE_REPLACED

Pod2g, the hacker who has been an integral part of the last few jailbreaks, has announced that he is 'about to switch to an Android device' after spending some time testing iOS 7.

After a few days of iOS 7 beta 1 testing, I must admit that I am about to switch to an Android device.

IMHO, this version of iOS is the worst move Apple did in a long time.

iOS 7 design is awful, it's slow, battery life time is the worst ever, it's full of UI bugs and crashes. OK it's beta 1, but still…

I am pretty disappointed by the features I've seen in iOS 7. No revolution here. No big news. Just kid painting.

END_OF_DOCUMENT_TOKEN_TO_BE_REPLACED 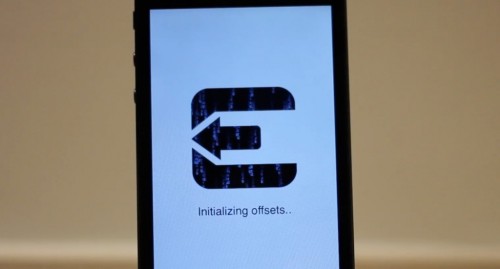 This is pretty interesting. Pod2g just announced that the new iOS 6.1.1 beta that Apple seeded to developers yesterday does not actually patch the exploits used in the latest jailbreak.

END_OF_DOCUMENT_TOKEN_TO_BE_REPLACED

Weather app does not work on jailbroken iPhones 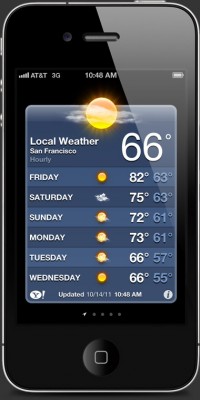 Shortly after evasi0n was released this morning, we started getting reports that the Weather app no longer worked on iPhones. We did check ше out, and sure enough, it wouldn’t even open.

END_OF_DOCUMENT_TOKEN_TO_BE_REPLACED

Cydia errors - this is normal 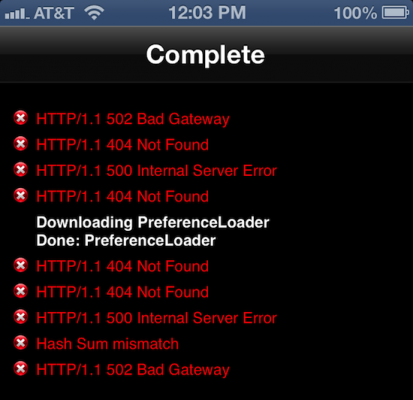 Many users experience problems with Cydia. This is normal. Due to the release of untethered jailbreak for iOS 6.1 hundreds thousands of users started to do jailbreak and use Cydia. Cydia servers are having hard time right now.

Here are some of the most common errors we’re seeing:

END_OF_DOCUMENT_TOKEN_TO_BE_REPLACED 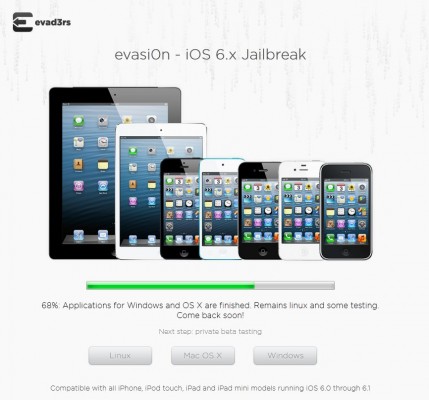 END_OF_DOCUMENT_TOKEN_TO_BE_REPLACED

Untethered Jailbreak for iOS 6.0 and iOS 6.1b4 is Ready 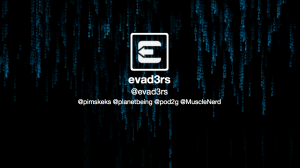 Pod2g confirmed that the Evad3rs Dev-Team is ready with a jailbreak for iOS 6.1 and credits Planetbeing and Pimskeks for the accomplishment in an interview with iDigitalTimes.

"For your information and this is important to me that everybody knows about it also, this jailbreak will be @planetbeing and @pimskeks. I arrived at the end, gave ideas that pushed them to their maximum, I kinda unblocked the situation, but it would certainly have happened without me helping."

END_OF_DOCUMENT_TOKEN_TO_BE_REPLACED

Planetbeing Declares 'The Future is Looking Bright for Jailbreaking' 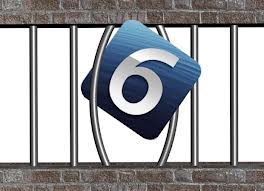 Tons of progress the last few days. I think the future is looking bright for jailbreaking.

END_OF_DOCUMENT_TOKEN_TO_BE_REPLACED


So here’s something we haven’t heard in a while: good news on the jailbreak front. Pod2g and planetbeing have found two new vulnerabilities for future iOS 6 jailbreak. Unfortunately the initial code execution for a public jailbreak release is still missing.

Made some nice progress today with @pod2g. I think I'll try to reward myself with a nap.

pod2g: @planetbeing oh yeah! 2 new vulnerabilities in a day, chance was with us. But we still miss that initial code execution for a public jb :/

It's great that progress is being made. Hopefully, the two find that last piece of the puzzle and are able to release their jailbreak to rest of us. 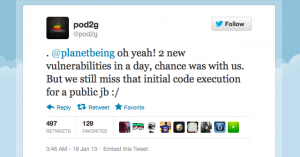 
Here's some clips of the jailbreak dream team presenting at HITBSecConf last week posted by JailbreakCon.

Pod2g has announced that iPad 3,3 support has been added to the Absinthe jailbreak utility, leaving only the iPad 2,4 jailbreak to be implemented.

OK just added iPad3,3 support to Absinthe thanks to @flawlessfox. Only remains iPad2,4 now but we need the actual device.

END_OF_DOCUMENT_TOKEN_TO_BE_REPLACED 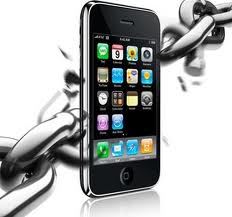 END_OF_DOCUMENT_TOKEN_TO_BE_REPLACED

You Can Safely Update to iOS 5.1.1 If You Don't Need an Unlock


Pod2g has announced that those looking to be ready for the iOS 5.1.1 jailbreak can now safely update if they don't care about an unlock.

You can safely upgrade to 5.1.1 now if you want to be ready.

Huge warning as usual for unlockers that want to preserve their baseband to keep their unlock.