Tomorrow, the guys from Cupertino will open a new flagship store in China. It is located in the city of Chongqing, which is one of the largest economic and financial centres of China. Earlier today, a couple of images showing the exterior and interior design of the new location appeared on the Internet. Well, I must admit that in terms of size and beauty, the Chongqing store is very similar to the Apple Store on Fifth Avenue in New York. 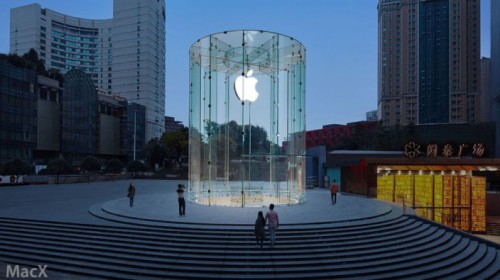 The images showing Apple’s new store were spotted on Taisy. Still, they seem to be taken by the MacX reporters. 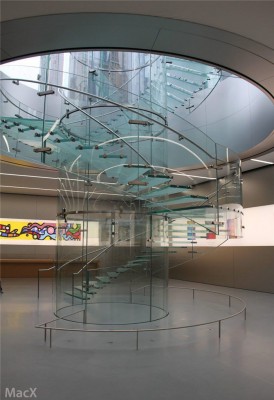 We recently saw the mural Apple commissioned for one of its five new Apple Stores in China, and today the mural is down revealing the glass cylinder entrance of its Chongqing store, an apparent clone of its Shanghai store design. The store opens at 10am tomorrow.

As I have already told you, Apple Store in Chongqing is one of the five new stores, which are expected to be opened in China ahead of the Chinese New Year.

It is not strange that the guys from Cupertino are so active on the Chinese market. According to what Apple CEO Tim Cook has recently said, China is one of the key markets for the company.