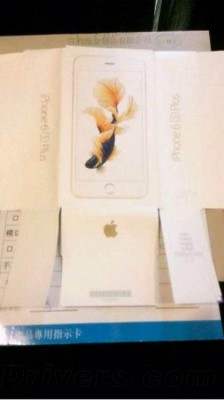 Not only the retail box is interesting, though. Someone with a nickname cnbeta has recently reported that the next-gen iPhone will get a battery with a capacity of 2.750mAh, so looks like we’ll see a downgrade. In case you don’t know, the iPhone 6 has a 2.910mAh battery.

The box features what appears to be a yellow and black or gold and black butterfly koi fish on the front of the iPhone's display. The image which sits on a white background looks similar to some of the wallpapers included with iOS 9.

What do you think about the leaked photo mentioned above? Leave your comments in the comments section.