The new Windows PCs both, HP’s latest TouchSmart series, look exactly like Apple’s multitouch iMac. Some Apple’s patents over the past year suggest that the company has been experimenting with multitouch-capable iMacs with pivoting displays that pull down to a more appropriate horizontal orientation when a user wants to interact with on-screen elements directly. HP’s multitouch computers feature a pull-down design that drops the multitouch display into a horizontal position to reduce arm fatigue. Just like the Apple’s patent! 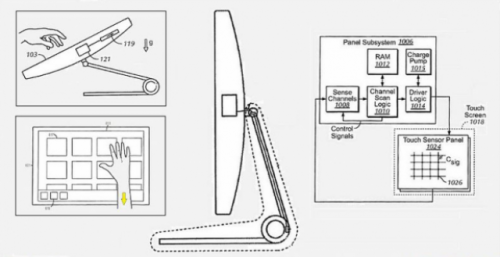