A couple of days after disassembling the 4-inch iPhone SE, the iFixit team has just performed a teardown of the 9.7-inch iPad Pro. As it turns out, the device combines the design of the iPad Air lineup with the internals used in the 12.9-inch iPad Pro. Unfortunately, this device is very difficult to repair, so its repairability score is only 2 out of 10. The teardown revealed that the device has an A9X processor, 12-megapixel camera, 7,306 mAh battery, new display supporting the Apple Pencil, four stereo speakers, "gobs of adhesive" to keep the internals together and a number of other components that are similar to those that are used in the full-size model.

iFixit surmised that the new iPad Pro is essentially the offspring of the iPad Air 2 and 12.9-inch iPad Pro, acquiring the looks of the former and specs of the latter.

Below you will find additional photos of the disassembled smaller iPad Pro. What do you think about the device? Leave your comments below this post. 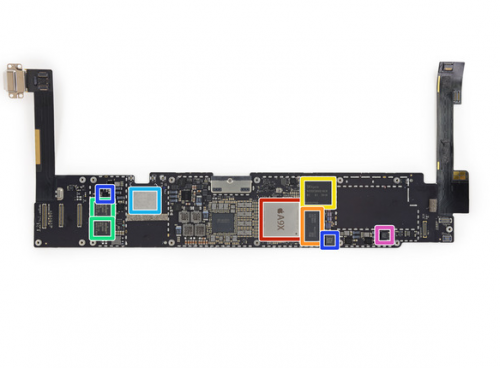