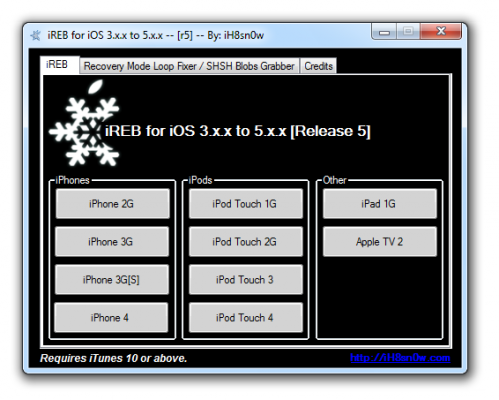 iH8Sn0w has announced the release of iREB r5, an update to his Windows utility that helps you get past iTunes errors when restoring to a custom firmware.