Several new images appeared on two different websites yesterday that show something what appears to be new batteries for the upcoming 4.7-inch and 5.5-inch iPhone 6 models. 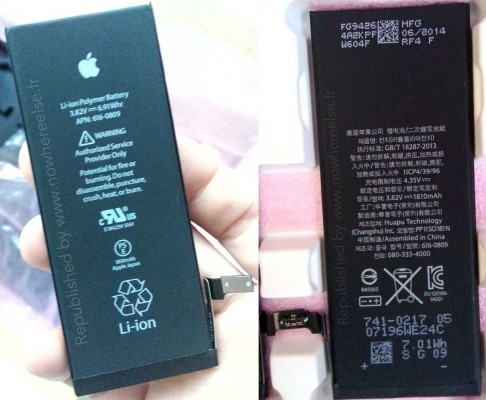 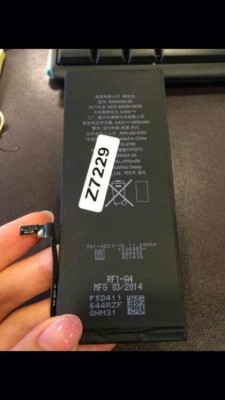 A photo of the battery for the smaller smartphone was first spotted on Nowhereelse.fr. What we actually see is a 1.810 mAh battery that is very similar to the one found in the iPhone 5s in terms of design. Its capacity, however, is higher as the 5s can boast only 1.560 mAh.

As to the larger model of the device, its purported battery appeared on a Chinese website called Apple Daily. The image shows us a leaked part that has a capacity of 2.915 mAh. It should be noted that the battery is also quite reminiscent of the batteries for the previous generations of iPhones.

While it's difficult to confirm the authenticity of the battery, it does appear to have markings similar to other Apple batteries and looks to have the necessary proportions to fit the 5.5-inch iPhone.

No doubt, equipping 4.7-inch and 5.5-inch iPhones with batteries of different sizes and capacities makes sense as these gadgets require different amounts of energy for proper work. Still, as it was mentioned above, the legitimacy of the images is under the question, so I suggest to take them with a few pinches of salt.