Apple on Monday officially announced iOS 8 beta and seeded it to developers. The new operating system for iPhones and iPads can boast of some noticeable improvements and design tweaks.

There're, however, some hidden features you won't find without the specialist's help. One of such features is the ability to customize the Control Center. 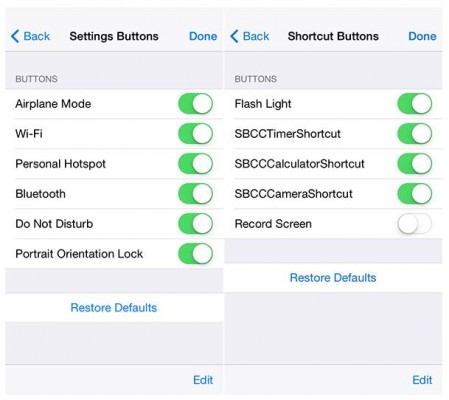 iOS developer Hamza Sood has tweeted two screenshots that show iOS 8 internal settings for customizing Control Center. In particular, there are toggle switches for adding, removing or reordering the app shortcuts and toggles in Control Center.

The guys from Cupertino can add some more features to their mobile operating system ahead of its public release. According to what was said on Monday, iOS 8 will become available for ordinary people this fall. Well, let's wait.