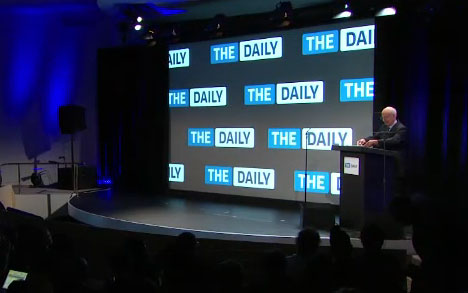 Reuters claims that its “eyewitness” saw yesterday at a press conference to mark the debut of News Corp's Daily online paper (еру first newspaper for the iPad) a working model of the next iPad with a front-facing camera at the top edge of the glass screen. Comically, Reuters tells that in a room full of tech journalists, somebody was apparently playing around on an iPad 2. Reuters says "a source with knowledge of the device" confirmed its existence and that the real iPad 2 will have the camera along with other features.