Apple will Launch it’s widely-rumored tablet with an enormous 12.9-inch display no sooner than in the third quarter of 2014, reports . Apart from this device, we’re likely to see an updated 7.9-inch iPad mini and a full-size 9.7-inch iPad. 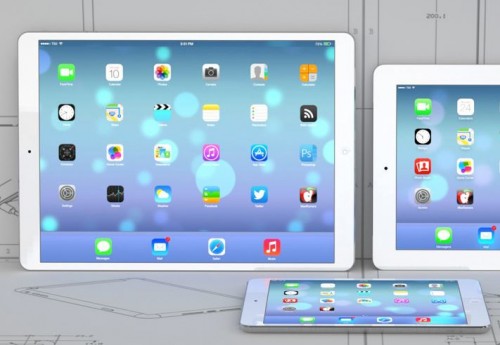 The company from Cupertino will probably try to release the so-called iPad Pro as soon as possible - to compete with Samsung’s latest 12.2-inch Galaxy Note Pro, which debuted at CES 2014.

Samsung's recent launch of its 12.2-inch model is expected to propel Apple to accelerate development of large-size iPads. Market sources indicated that Apple is likely to release a 12.9-inch model by the end of the third quarter at the earliest.

It is interesting how many people will buy such an awkward and bulky tablet. What do you think?