According to numerous reports that can be found on the Apple Support Forums, many 2011 MacBook Pro users suffer from Discrete AMD GPUs failures. Apart from this hardware issue, many owners claim their laptops sometimes reboot to a blue or gray screen, which somehow resembles the famous “Blue Screen of Death” found on computers running Windows. As a result, they need to reinstall the operating system or, more often, boot into safe mode. 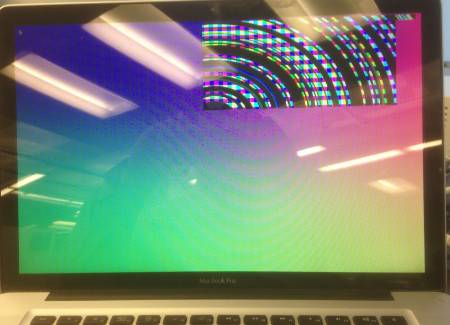 Users are reporting that the issue primarily occurs when doing graphics-intensive work, and that their system will go completely blank and be completely distorted, while visible striations are present. A reboot can sometimes fix the issue temporarily, but for others, it quickly returns after a short period of time.

The company from Cupertino hasn’t yet commented on the 2011 MacBook Pro GPU issues. If Apple admits that this is a mass problem caused by faulty hardware, users won’t have to pay to fix it. But who knows if this happens.