According to the latest report from people familiar with the matter, the long-anticipated 12.9-inch iPad Pro may boast of the support of Apple's Force Touch technology, NFC, USB-C port as well as a brand new Bluetooth stylus. All these things will make it easier for users to utilize the device for professional purposes. Keeping in mind that the tablet will be targeted at the enterprise market, the addition of the aforementioned tools looks like a quite logical step. 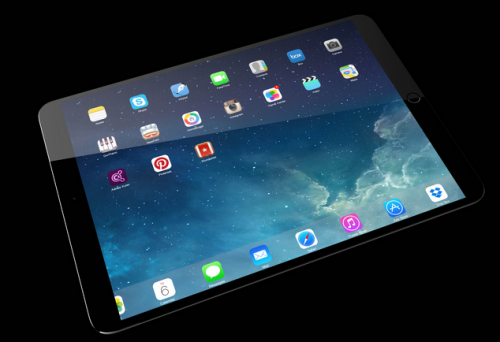 Last week, insiders shared the schematics for the new gadget, which confirm that the iPad Pro will indeed feature a massive 12.9-inch screen and the ports and buttons layout similar to the one the second-generation iPad Air has. Today's report goes in line with all the previous rumors and suggests that the device will get a better display and a more efficient processor as well.

A new report from AppleInsider claims the rumored 12.9-inch iPad Pro will feature a Bluetooth stylus, Force Touch, NFC, and a USB-C port.

The site's source who is 'a person familiar with Apple's future product plans', confirmed the company is working on a 12.9-inch iPad.

As to the exact date of the iPad Pro release, it remains unknown. Reliable insiders, however, believe the tablet will be officially unveiled in the third quarter of 2015.