« Apple Watch Generates Nearly $1.7 Billion in Sales in About 5 Months
Here’s How Next-Generation iPhone May Look Like [Concept] »

iPad Pro to Go on Sale on Wednesday, November, 11th

According to the latest reports from people familiar with the matter, Apple will start selling the long-awaited 12.9-inch iPad Pro on Wednesday, November 11th. The larger-screen tablet should become available both in retail and online stores at the same time. Earlier it was reported that the iPad Pro will become available for purchase sometime in November. 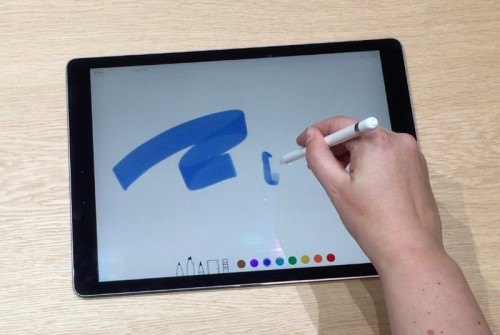 Together with the tablet, Apple will start selling new accessories, namely, the Apple Pencil and Smart Keyboard. As to the prices, they start from $799 for the entry-level model. The Wi-Fi only models come with 32GB and 128GB models on board. The LTE version comes only with 128GB of storage on board.

Apple plans to start selling the 12.9-inch iPad Pro on Wednesday, November 11th via both its physical retail and online stores, according to multiple sources. Apple previously only said that the large tablet would become available during the month of November, a couple of months after the introduction in early September.

Apple’s iPad Pro is targeted at the enterprise users. This device may help the company improve the tablet sales and position on global market.

« Apple Watch Generates Nearly $1.7 Billion in Sales in About 5 Months
Here’s How Next-Generation iPhone May Look Like [Concept] »