iPhone 5s is a very successful device in both U.S. and international markets. In fact, it is so much popular among the customers that can possibly help the company from Cupertino boost the gross margins to incredible 40%. Well, this is at least what Maynard Um of Wells Fargo Securities predicts (via ). 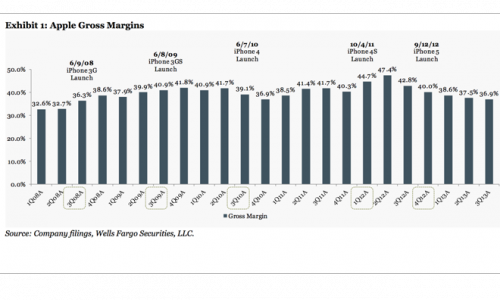 If his prediction proves accurate, it would be the first time since September of 2012 that Apple's company-wide margins exceeded 40 percent. Gross margin took a hit last fall after the launch of the iPhone 5, with a complete product redesign, as well as the competitively priced iPad mini.

In general, such margin increase can strengthen the company’s position in the market. Moreover, it can finally eliminate fears among the investors about Apple’s smartphone commoditization.