According to the latest report from DigiTimes, Samsung is facing problems with the production of OLED panels for the iPhone 8. Citing people familiar with the matter, the reporters claim that only 3–4 million OLED iPhone units will be ready for shipping in September. This means that Apple is very unlikely to ship 50–60 million iPhone 8 units by the end of 2017, as it was predicted earlier. 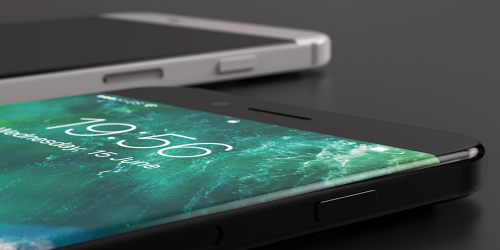 While Samsung Display has promised to fully support Apple with regards to the supply of OLED panels, only 3-4 million OLED-based new iPhone devices will be ready for shipping before the new smartphones are unveiled at a product event slated for September, the sources estimated.

As for the production of other components, it is reportedly on track. Foxconn Electronics, Pegatron and Wistron are actively hiring new people to work on the assembly of new iPhone units.

Apple is expected to announce the iPhone 8 along with the iPhone 7s and iPhone 7s Plus models in September. Because of problems with OLED panels production, the sales of the new flagship device may be delayed by October.