According to the latest report from Morgan Stanley analyst Katy Huberty, the iPhone sales may drop next year for the first time ever. The number of iPhones sold in fiscal 2016 may fall by about 6% and make only 218 million units. The calendar 2016 may demonstrate the 2.9% fall and 247 million iPhone units sold to customers. 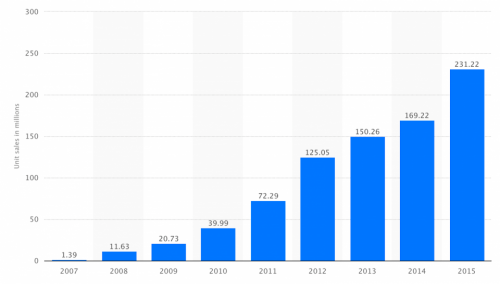 Another reliable expert, Ming-Chi Kuo of KGI Securities has also predicted a substantial decrease in global iPhone shipments. The analyst believes that the number of iPhone 6 and iPhone 6s units may show a 30-40% drop in quarter over quarter sales.

As to the reasons for such results, they include higher prices in some international markets as well as the influence of new Asian smartphone manufacturers that are constantly becoming more popular in Europe and Asia.