The chart below demonstrates the relation of iPhone, iPad, Mac and PC shipments to each other. 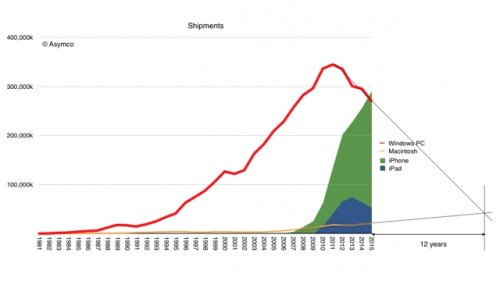 If all the shipments remain at current paces, the number of Macs sold to customers worldwide will overtake the number of Windows PCs in 12 years.