We all know that Apple will introduce iTunes Radio this fall along with iOS 7. And it seems to be just the right time for such a release. And here’s why. 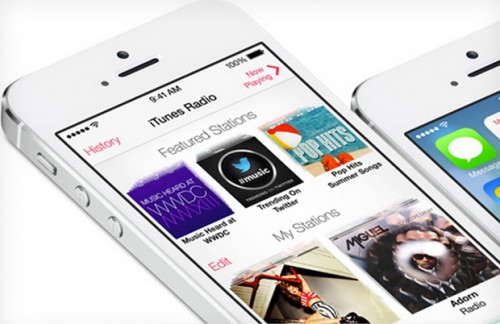 Another interesting research was carried out by Nielsen Entertainment and Billboard. What they did is they took one of the songs from TOP 10 chart and estimated how many times it was downloaded and streamed. So, according to the report, an unknown, but probably very popular song was downloaded more than 5.5 million times and streamed over 188 million times. Well, I guess such result has demonstrated that it’s high time Apple released its iTunes Radio.

But isn’t it too late? Pandora and the others have been in this industry for years. Would the company from Cupertino be able to compete with them? The answer is - yes, for sure. Latest rumours prove that Apple is now in talks with several studios. If to keep in mind the fact, that this corporation is one of the most influential in the world... well, you know what would happen.

Many years ago Apple caused a music industry revolution with iTunes. Looks like now the guys from California want to make another one with iTunes Radio. And I like that. How about you?