Several images showing something very similar to the mockup of the upcoming iPad Pro have been recently spotted on the Internet. While the origin of the leaked dummy remains unknown, most likely it was created by accessory manufacturers. The design of the mockup is based on the latest rumors and schematics, which can be found online. 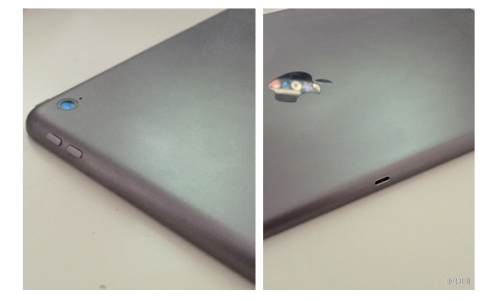 What is interesting about this iPad Pro mockup is that it features something similar to the second Lightning port or a USB-C port on one side. This indicates that the larger tablet may actually support various peripherals. Keeping in mind that the new iPad will be targeted at the enterprise market, this looks quite obvious.

Images of what appear to be a mockup version of the upcoming larger-screened "iPad Pro" depict either a secondary Lightning port or a USB-C port on one side of the device, suggesting it could potentially have multiple methods of charging and/or the ability to support accessories like keyboards and mice.

Apart from the aforementioned port, the dummy features a headphone jack, speakers and the rear camera. The images showing the leaked part have been spotted on the Chinese microblogging website Weibo.